Rocket to the Rickshaw

Back home after our mini-tour of Eastern Canada. Made it all the way; made the flights and made all the gigs and made it back home. A triumph of organization and logistics, by our standards.

Big thanks to all the people who helped us: James and Melanie who booked and publicized, Nora and Marie and David and Monk and Fred who put us up, all the club staff and soundpeople, and especially all the bands who did us the favour of playing with us: Coffincheater, Unbelievers, Skullians, Delinquents, October Crisis, Diskonected, Evil Boys, Omegas, Whiskeyshits, Snatchback, Four-Stroke, Striver, Gerbia, and Buddha Bulldozer. I got to watch everybody’s sets from the merch table (highlight of the touring day), and there wasn’t anyone who wasn’t worth a listen.

Next up: Saturday, October 16 at the Rickshaw Theatre, right in the heart of the picturesque Hastings and Main area of beautiful downtown Vancouver, with Jello Biafra and the Guantanamo School of Medicine, and Fuel Injected .45. Last time we played with Mr. Jello B. in Vancouver was 1979, which is 31 years ago if you’re counting. 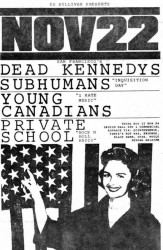 Further details to be posted if we ever figure them out. 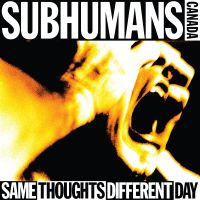 Poster for the Cobalt Show

Posted on Sunday, September 13th, 2009 by Mike | Comments Off on Poster for the Cobalt Show 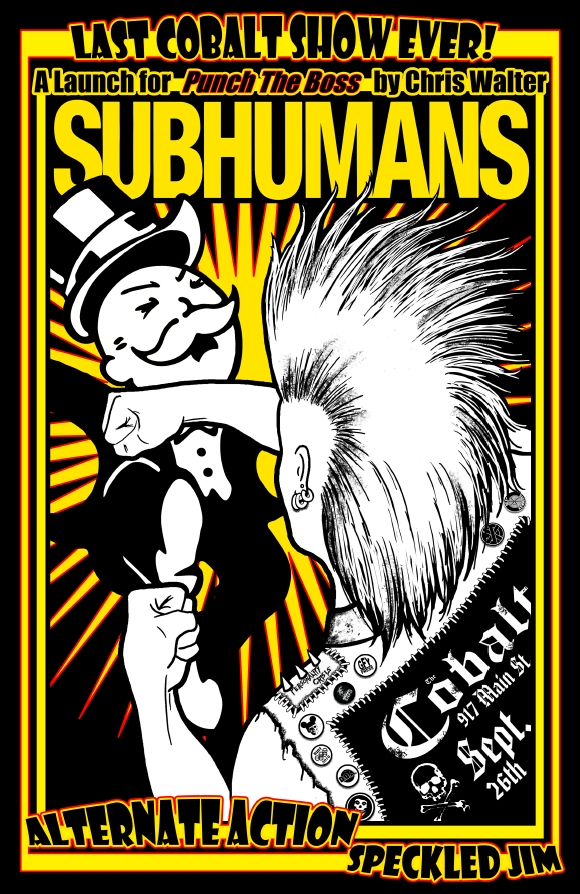 Subhumans at the Cobalt

Posted on Sunday, August 23rd, 2009 by Mike | Comments Off on Subhumans at the Cobalt